Skip to main content
CYBER WEEK ENDS SOON! Spot great deals up to 88% off. >
The Missionary Movement In Christian History
By: Andrew Walls
Stock No: WW0750599 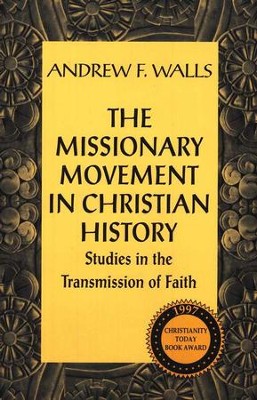 The Missionary Movement In Christian History

▼▲
Formerly a missionary to Sierra Leone, and Professor Emeritus of the Study of Christianity in the non-Western World at the University of Edinburgh, Andrew F. Walls is arguably, the foremost intellectual authority on Christian Missions today. In

▼▲
The collected lectures and articles of the noted missionary and historian Andrew Walls, professor emeritus of Edinburgh University and founder of The Center for the Study of Christianity in the Non-Western World. This book makes the full range of his thought available for the first time to scholars and students of world mission, theology, and church history.

▼▲
I'm the author/artist and I want to review The Missionary Movement In Christian History.
Back
Back