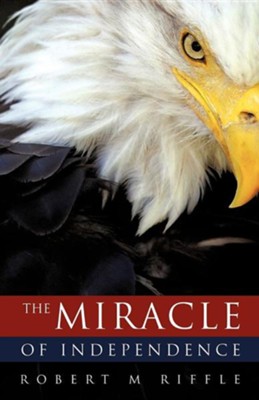 The Miracle of Independence

▼▲
The Miracle of Independence is a general survey of American History from a Christian perspective. It covers the events beginning with the Age of Exploration to the Second Great Awakening. This manuscript reveals that America would have never existed nor survived without divine intervention. The hand of God is seen in the formation of this country from the time Columbus set sail with three caravels across a large uncharted ocean. God's presence is revealed with the founding of the original thirteen colonies and in the zeal of the God fearing people who inhabited these colonies. God's miraculous power manifested itself when the forces of darkness seemed overwhelming. This was true in the early years of settlement, during the War of Independence, and in the post war era. Against great odds America survived, grew, and developed into the greatest of all nations that ever existed, due to the miraculous power of an ever present and loving God. Robert M. Riffle was born in 1941 in McClellandtown, Pennsylvania. He attended the public schools of German Township, Fayette County, and he graduated from German Township High School in 1959. He received a Bachelor of Arts in History from Waynesburg College, nowWaynesburg University in 1963. He later took graduate courses in history, political science, and English at West Virginia University. He taught history for seven years in the Albert Gallatin Area School District in Fayette County, Pennsylvania prior to moving to southern California. He taught history and social studies in San Diego County for twenty-four years and retired from the San Diego Unified School District. He is presently employed by Palomar College in San Marcos, California as a tutor in history, political science, and economics.

▼▲
I'm the author/artist and I want to review The Miracle of Independence.
Back
×