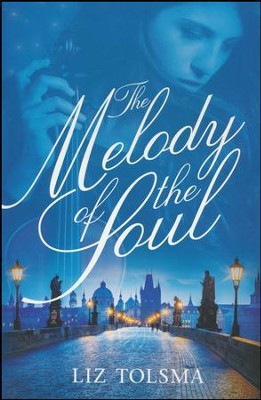 The Melody of the Soul #1

By 1943, Anna Zadok, a Jewish Christian living in Prague, has lost everything, including her career as a concert violinist and almost her entire family. The only person she has left is her beloved grandmother, and she's determined to keep her safe. But protecting her grandmother won't be easy - not with a Nazi officer housed below them.

Anna must keep a low profile. There's one thing she refuses to give up, though. Despite instruments being declared illegal, Anna defiantly continues to practice her violin. She has to believe that the war will end someday and her career will be waiting. Fortunately for Anna, the officer, Horst Engel, enjoys her soothing music. It distracts him from his dissatisfaction with Nazi ideology and reminds him that beauty still exists in an increasingly ugly world.

When his neighbors face deportation, Horst is moved to risk everything to hide them. Anna finds herself falling in love with the handsome officer and his brave heart. But what he reveals to her might break her trust and stop the music forever.

Anna has one chance for survival—and it lies in the hands of her mortal enemy.

It’s 1943 and Anna Zadok, a Jewish Christian living in Prague, has lost nearly everything. Most of her family has been deported, and the Nazi occupation ended her career as a concert violinist. Now Anna is left to care for her grandmother, and she’ll do anything to keep her safe—a job that gets much harder when Nazi officer Horst Engel is quartered in the flat below them.

Though musical instruments have been declared illegal, Anna defiantly continues to play the violin. But Horst, dissatisfied with German ideology, enjoys her soothing music. When Anna and her grandmother face deportation, Horst risks everything to protect them.

Anna finds herself falling in love with the handsome officer and his brave heart. But what he reveals might stop the music forever.

Liz Tolsma’s specialty is historical fiction—from WWII to prairie romance. Her debut novel was a finalist for the 2014 Selah and Carol Award. She prides herself in excellent storytelling, presenting accurate historical details, and creating persevering characters.

Liz is also a popular speaker on topics such as writing, marriage, living with courage, and adoption. She and her husband have adopted all their children internationally. Liz resides in semi-rural Wisconsin with her husband and two daughters; her son currently serves as a U.S. Marine. Liz is a breast cancer survivor and lives her life to the fullest. In her free time, she enjoys reading, working in her large perennial garden, kayaking, and camping with her family.

Visit her blog, The Story behind the Story, at www.liztolsma.com.

▼▲
I'm the author/artist and I want to review The Melody of the Soul #1.
Back
Back