Skip to main content
SPRING CYBER SALE: The sale you've been waiting for! Up to 85% off through 5/25>
The Masterpiece, Hardcover
By: Francine Rivers
Stock No: WW407900 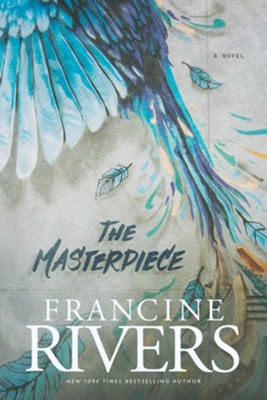 Roman Velasco is a successful commercial and graffiti artist with a mansion overlooking the Topanga Canyons of Los Angeles, California. On the outside, he appears to have everything he could possible want including money, women and fame, yet everyday demons from his past haunt him.

Grace Moore is a single mom who was in a marriage that crushed her dreams. She is Roman’s newly hired personal assistant, wrestling with ghosts and secrets of her own. She will never lose sight of her dreams again.

When the unexpected happens, it changes their lives & relationship forever.

“This character-driven romance will enthrall [Rivers’s] many fans.” Library Journal

The New York Times bestselling author of Redeeming Love returns to her romance roots with this unexpected and redemptive love story, a probing tale that reminds us that mercy can shape even the most broken among us into an imperfect yet stunning masterpiece.

A successful LA artist, Roman Velasco appears to have everything he could possibly wantâ·money, women, fame. Only Grace Moore, his reluctant, newly hired personal assistant, knows how little he truly has. The demons of Roman’s past seem to echo through the halls of his empty mansion and out across his breathtaking Topanga Canyon view. But Grace doesn’t know how her boss secretly wrestles with those demons: by tagging buildings as the Bird, a notorious but unidentified graffiti artistâ·an alter ego that could destroy his career and land him in prison.

Like Roman, Grace is wrestling with ghosts and secrets of her own. After a disastrous marriage threw her life completely off course, she vowed never to let love steal her dreams again. But as she gets to know the enigmatic man behind the reputation, it’s as if the jagged pieces of both of their pasts slowly begin to fit together . . . until something so unexpected happens that it changes the course of their relationshipâ·and both their livesâ·forever.

“Rivers deftly threads Roman’s and Grace’s lives together as they tiptoe around their emotional scars, eventually shifting into a dance of tentative steps toward a love neither can resist. Fans of Christian romance will delight in this tale of salvation through love.” Kirkus Reviews

“Richly detailed characters with traumatic pasts are woven together with biblical truths and redemptive themes. . . . This is an amazing, beautifully written tale to be savored and pondered and shared with others.” Romantic Times

“Readers will marvel at Rivers’s storytelling arc encompassing the reconciliation of gritty past misdeeds and the work in progress of a life of forgiveness.” Booklist

“Fans of Francine Rivers will eagerly devour The Masterpiece and find exactly what they are looking for: a beautifully written story of faith, romance, and the power that true freedom can bring.” Bookreporter.com

▼▲
I'm the author/artist and I want to review The Masterpiece, Hardcover.
Back
Back