The Marrow of Tradition - eBook
By: Charles Chesnutt 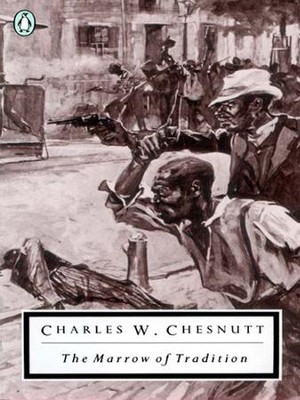 The Marrow of Tradition - eBook

▼▲
This novel is based on a historically accurate account of the Wilmington, North Carolina, "race riot" of 1898, and is a passionate portrait of the betrayal of black culture in America, by an acclaimed African-American writer.

▼▲
Charles W. Chestnutt (1858–1932) was born in Cleveland, Ohio, where his family had moved from Fayettefille, North Carolina, to seek better economic opportunities. Shortly after the Civil War, they returned to Fayetteville, where Chesnutt spent most of his childhood and young adulthood. He taught in local public schools, eventually returning to Cleveland and being admitted to the bar. He established a legal stenography business yet found himself strongly attracted to writing fiction. He published two collections of short stories, The Conjure Woman and The Wife of His Youth and Other Stories of the Color Line (1890) and three widely reviewed novels, The House Behind the Cedars (1900), The Marrow of Tradition (1901), and The Colonel's Dream (1905), while devoting essays and speeches to agitation for civil rights for African Americans, especially in the South. Unable to support his family as a full-time writer, he resumed his business career but maintained until his death a respected role in African American letters.

Eric J. Sundquist is the Andrew W. Mellon Professor of the Humanities at the Johns Hopkins University, where he teaches courses about American literature and culture. His books include King’s Dream: The Legacy of Martin Luther King’s "I Have a Dream" Speech and Strangers in the Land: Blacks, Jews, Post-Holocaust America. Professor Sundquist has also edited essay collections on Mark Twain, Ralph Ellison, and W. E. B. Du Bois.

▼▲
"Chesnutt was tremendously explicit in representing the violence and his own anger. Today it reads as one of the more enduring novels of the era." —Richard Yarborough, UCLA

▼▲
I'm the author/artist and I want to review The Marrow of Tradition - eBook.
Back
×
Back
×