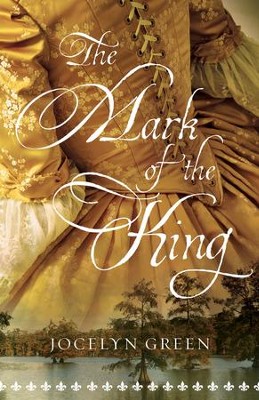 The Mark of the King

During the 18th century in Louisiana, women were expected to reproduce. As a midwife Julianne lost her first patient just seconds after the delivery. She was blamed for the death and banished to the French colony of Louisiana with a permanent criminal symbol branded on her back. When Julianne realized that her brother was last stationed in the same area, she asked Marc-Paul Girard for help to find him. He seems to know more than he is letting on. Should she trust him?

▼▲
Sweeping Historical Fiction Set at the Edge of the Continent

After being imprisoned and branded for the death of her client, twenty-five-year-old midwife Julianne Chevalier trades her life sentence for exile to the fledgling 1720s French colony of Louisiana, where she hopes to be reunited with her brother, serving there as a soldier. To make the journey, though, women must be married, and Julianne is forced to wed a fellow convict.

When they arrive in New Orleans, there is no news of Benjamin, Julianne's brother, and searching for answers proves dangerous. What is behind the mystery, and does military officer Marc-Paul Girard know more than he is letting on?

With her dreams of a new life shattered, Julianne must find her way in this dangerous, rugged land, despite never being able to escape the king's mark on her shoulder that brands her a criminal beyond redemption.

▼▲
Jocelyn Green inspires faith and courage as the award-winning author of numerous fiction and nonfiction books, including Wedded to War, a Christy Award finalist in 2013, and The 5 Love Languages Military Edition, which she coauthored with bestselling author Dr. Gary Chapman. Jocelyn lives with her husband and two children in Iowa. Visit her at www.jocelyngreen.com.

▼▲
I'm the author/artist and I want to review The Mark of the King.
Back
×
Back
×