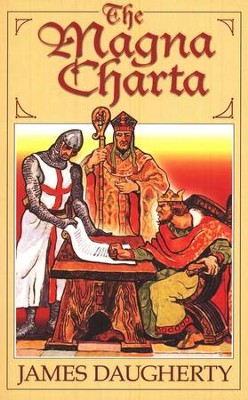 ▼▲
In the rich turbulence of English history one day stands magnificently apart--June 15th, 1215, the day of the signing of the Magna Charta. On this day, the first blow for English freedom was struck and has forever affected the Western World. Here is the story of three true men, Stephen Langton, William Marshal and Hubert de Burgh, whose heroic deeds are set against those of the ever deceitful and crafty King John. The wicked deeds of this king gave rise to the illustrious Robin Hood and his "Merry Men in Lincoln Green," who roamed Sherwood Forest, robbing the rich and giving to the poor. King Richard the Lionheart, Queen Eleanor of Aquitaine, Peter of Wakefield and King Philip all play their part in this saga of adventure and intrigue which culminates at Runnymeade on a summer day in 1215. Recommended for ages 9 and up.

▼▲
I'm the author/artist and I want to review The Magna Charta.
Back
Back