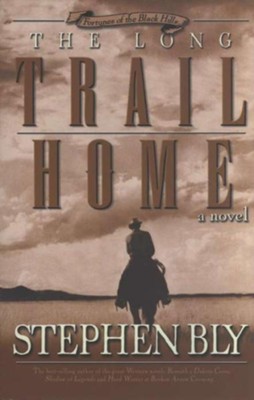 ▼▲
The second son of Brazos Fortune, Samuel, is somewhat the lost sheep of the Fortune family. After he is run out of Texas, he ends up hiding out with his father and brother. Although he struggles to escape the consequences of his previous lifestyle, he refuses to talk about the past. Brazos has to deal with sending Samuel back to Texas to make amends or allowing him to have a new start in Dakota. To make things even more complicated, Samuel decides to marry a divorced woman with several children and a questionable reputation. Through it all, Samuel never gives up his Christian heritage.

▼▲
I'm the author/artist and I want to review The Long Trail Home (Fortunes of the Black Hills, Book 3) - eBook.
Back
×
Back
×