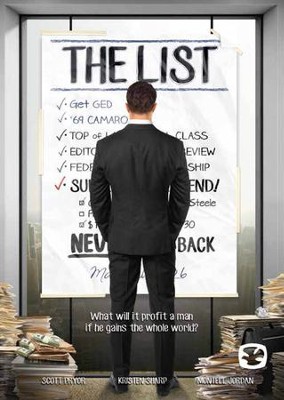 ▼▲
By the age of twelve, Jack Stone had experienced more life grit than most adults. In desperation, he decides to grab the controls, make a list as his roadmap and set out to accomplish life his way. Fifteen years later, after living life on the streets and clawing up from the bottom, we find Jack as a successful lawyer. He's done well on his own, crossed a lot off his list and added more. But he hasn't factored God into the plan. God didn't seem to be around much in the past...so can Jack trust Him with the future? As life continues to take its toll and tragedies strike, will Jack relinquish the power of his list in order to gain all he's ever wanted?