The Letters of Paul: An Expanded Paraphrase - eBook
By: F.F. Bruce
Stock No: WW97431EB 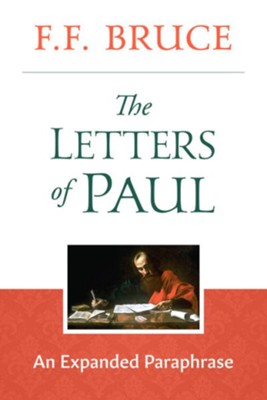 The Letters of Paul: An Expanded Paraphrase - eBook

▼▲
This book is perhaps the most accessible introduction to the writings of St. Paul ever written in modern English, said an Amazon reviewer. That's because Professor Bruce does not approach his expanded paraphrase as a Bible translator, but as a storyteller recounting the life of Paul after his conversion and his correspondence with churches and individuals. Bruce's historical setting of the letters and his effort to make the course of Paul's argument as clear as possible will open familiar passages with new insight and understanding. The Letters of Paul is really a treasure it is illuminating and beautiful, says Goodreads reviewer Milton Goodwin. The 13 letters of Paul are in approximate chronological order with a fascinating historical background for each. Originally published as a diglot with the Revised Version of 1881, this edition contains only Professor Bruce's paraphrase so that the reader can compare it with a favorite translation.

▼▲
I'm the author/artist and I want to review The Letters of Paul: An Expanded Paraphrase - eBook.
Back
×
Back
×