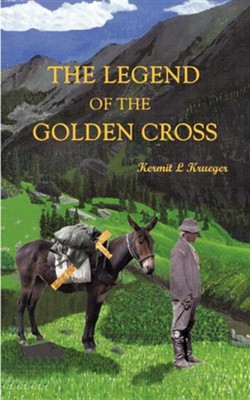 The Legend of the Golden Cross

▼▲
When the preacher rode into the gold camp he knew his work was cut out for him. It was a world filled with wickedness and greed and He knew he would not be able to build a church here without God's help. To Frenchy, he was a man unlike any she had ever known. To give all that he had and ask for nothing in return made no sense and she was determined to find out what made this man tick. To Nick, he was a problem that had to be eliminated before he ruined the world he had created. The story of these conflicting lives was played out beneath the majestic peaks of the Rocky Mountains and only God himself could know the dramatic events that would resolve the conflicts of lives on a collision course. For nearly 40 years I have been fascinated by the mining history of my state. I have visited many of the old mining camps and sought out the history of the colorful people that lived in those places. In so doing I discovered a world of high adventure and larger than life characters that once lived in those remote mountain locations. To gain a more intimate knowledge of that world I worked in the mining industry. One summer several of the miners agreed in pray that even tough and independent men like the ones that worked in our mines could be saved. God answered our prayers and over the summer many gave their lives to Christ. It made me wonder what it would have been like if a man of God had determined to bring revival to one of those notorious gold camps. This story is the result of that idea.

▼▲
I'm the author/artist and I want to review The Legend of the Golden Cross.
Back
×