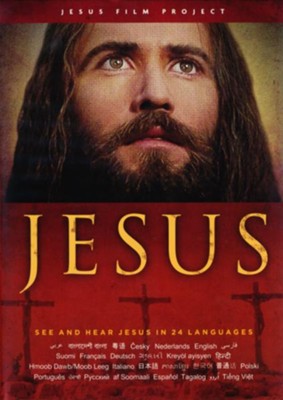 Twenty centuries after he first appeared, why are people still so attracted to the life and teachings of Jesus? Could he be what so many believe him to be?

Producer John Heyman has created a film so true-to-life you'll feel like you're in first-century Palestine. Workshop teams painstackingly studied the clothing, architecture, customs and food to ensure the film's complete authencicity. Jesus was filmed on location in Israel, in biblical settings, with a cast of more than 5,000 Israelis and Arabs. The script is taken directly from the Gospel of Luke.

This moving account of the life of jesus gives an amazingly authentic portrayal of one of the most influential and captivating figures in all of human history, Jesus of Nazareth. This film portrays three years of Jesus' public ministry as told in the Gospel of Luke. Rated G. Closed-captioned. Dove approved. Approx. 83 minutes.

▼▲
I'm the author/artist and I want to review The Jesus Film DVD.
Back
×
Back
×