Skip to main content
Get Christmas Ready Sale: Deals on over 1,150 titles thru 9/27.
The Idea of Culture - eBook
By: Terry Eagleton
Stock No: WW43224EB 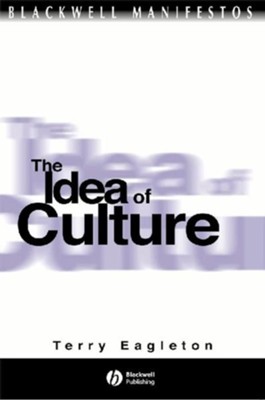 The Idea of Culture - eBook

▼▲
Terry Eagleton's book, in this vital new series from Blackwell, focuses on discriminating different meanings of culture, as a way of introducing to the general reader the contemporary debates around it.

▼▲
Terry Eagleton is Professor of Cultural Theory and John Rylands Fellow at the University of Manchester. His numerous works include The Illusions of Postmodernism (1996), Literary Theory: An Introduction (second edition , 1996), The Ideology of the Aesthetic (1990) and Scholars and Rebels in Nineteenth Century Ireland (1999), all published by Blackwell, as are his dramatic writings, St Oscar and Other Plays (1997), and the Eagleton Reader (1997) edited by Stephen Regan. Terry Eagleton is co-editor (with Stephen Regan) of The Blackwell Companion to Literary Theory, forthcoming in 2001.

▼▲
"In this brief volume, Eagleton has produced both a thoughtful analysis of cultural theories as well as a shrewd, liberal dissection of current social and political trends."Publishers Weekly


"Eagleton's latest book promises to be an important addition to the field of cultural studies." Library Journal

"A magnificent reassertion of timeless cultural values." The Observer

"A voice of sanity amid the roar of turbo-capitalism."Independent</>

"As always, Eagleton shows a provocative wealth of learning. He is able to see the many sides of a problem, to put it in context and suggest new ways of viewing it, a healthy corrective to the soundbite society."Times Higher Education Supplement

"Stimulating and very readable. The Idea of Culture is a book which challenges our attention."The Irish Times<!--end-->

▼▲
I'm the author/artist and I want to review The Idea of Culture - eBook.
Back
Back