Skip to main content
SPRING CYBER EVENT STARTS NOW: And it's a really BIG deal! Up to 88% off through 5/24>
The Hungering Dark: Awakening
By: Stephen R. Clark
Stock No: WW745153 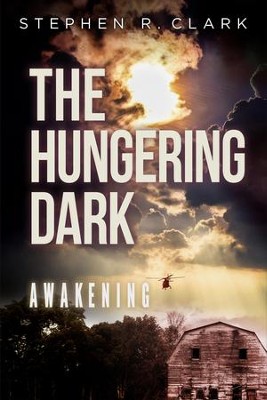 Tell us a little about yourself.  Stephen R. Clark is a member of the Evangelical Press Association, the National Association of Evangelicals, and the principal of CleverSmith Writing based in Oreland, Pennsylvania, as well as the writer of the award-winning blog, FaithBraised. He has been writing for more than forty years.

Stephen is originally from New Castle, Indiana where he graduated from Walter P. Chrysler High School. He attended Evangel University in Springfield, Missouri earning a B.A. in English and Biblical Studies, with a minor in Psychology. He recently earned a Certificate in Theology and Ministry from Princeton Theological Seminary.

He has authored short stories, poetry, online content, ad copy, scripts, speeches, direct mail, feature articles, and much more. He has also ghostwritten several Christian books including "Preparing for Battle" by Mark Bubeck (Moody Press). He has contributed chapters to compilations, devotionals, and other books including the "NIV Mens Devotional Bible" (Zondervan) and "Inside Mysteries of the Bible" (Time & American Bible Society).

He also walked on fire. Once.

You can visit his personal web site at StephenRClarkcom where you can learn more about him and his other books.

What was your motivation behind this project?  Dont laugh, but I wanted to see if I could actually write something as long as a novel. Eventually I was captured by the story and compelled to finish it so I could see what happened! At first I was just fooling around with an idea that hit me some time back, trying to write a simple short story. The problem was, the idea just wouldnt fit into a short story. So, I decided to just go for it. Id written a much shorter Christmas-themed novella of around 25,00 words, but I wanted to go longer! "The Hungering Dark: Awakening" is around 65,000 words. Just as a comparison, this book is longer than "The Lion The Witch and the Wardrobe", "Fahrenheit 451", "Slaughterhouse-Five", "The Great Gatsby", or "Lord of the Flies". I actually completed the book in 2013 as part of that years National Novel Writing Month.

What do you hope folks will gain from this project?  Ultimately, I wanted to offer a fun, entertaining, and thoughtful book that Christians could read without being embarrassed or offended, something they could safely recommend to their friends or buy as a gift for the readers in their lives. The book will be far more attractive to Christians than others as there is a strong biblical worldview evident throughout. Still, for any who like thrillers, perhaps along the lines of a Sue Grafton story, my book would make a great airplane or beach read. The time is now. The thematic elements are very relevant to what we see in the world today.

How were you personally impacted by working on this project?  Writing the book, watching the story unfold, I was and still am amazed at the creative power of God at work in each of us.

Who are your influences, sources of inspiration or favorite authors / artists?  Ill be the first to admit this book is not what some would call a great piece of literature such as John Updikes "Rabbit, Run", John Cheevers "Wapshot Chronicles", or similar books. But it is a good book. Its well-written, clean, engaging, unique, and exciting. Its probably a little more comparable to Ted Dekker, Stephen Lawhead, Frank Peretti, or John Bunyan. Kinda sorta. More or less. Bunyan in the vein of Pilgrims Progress. In the sense that the story is somewhat of an allegory, of good versus evil.

Anything else you'd like readers / listeners to know:  This book is the Grand Prize winner of the 2015 WestBow Press annual First Look contest. WestBow Press is a division of Thomas Nelson and Zondervan, which are all part of HarperCollins Publishers.