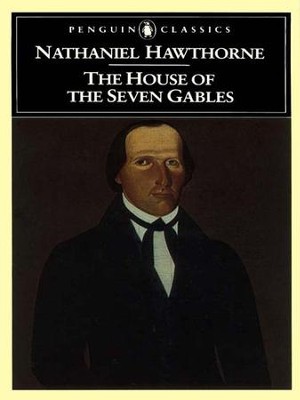 The House of the Seven Gables - eBook

▼▲
This enduring novel of crime and retribution vividly reflects the social and moral values of New England in the 1840s. Nathaniel Hawthorne's gripping psychological drama concerns the Pyncheon family, a dynasty founded on pious theft, who live for generations under a dead man's curse until their house is finally exorcised by love. Hawthorne, by birth and education, was instilled with the Puritan belief in America's limitless promise. Yet - in part because of blemishes on his own family history - he also saw the darker side of the young nation. Like his twentieth-century heirs William Faulkner and F. Scott Fitzgerald, Hawthorne peered behind propriety's façade and exposed the true human condition.

▼▲
Nathaniel Hawthorne (1804-1864) was born in Salem, Massachusetts, and made his ambition to be a writer while still a teenager. He graduated from Bowdoin College in Maine, where the poet Longfellow was also a student, and spent several years travelling in New England and writing short stories before his best-known novel The Scarlet Letter was published in 1850. His writing was not at first financially rewarding and he worked as measurer and surveyor in the Boston and Salem Custom Houses. In 1853 he was sent to Liverpool as American consul and then lived in Italy before returning to the US in 1860, where he died in his sleep four years later.

▼▲
"A large and generous production, pervaded with that vague hum, that indefinable echo, of the whole multitudinous life of man, which is the real sign of a great work of fiction."
—Henry James

▼▲
I'm the author/artist and I want to review The House of the Seven Gables - eBook.
Back
×
Back
×