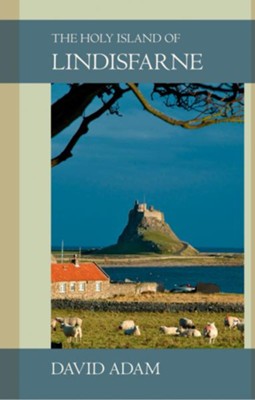 The Holy Island of Lindisfarne - eBook

▼▲
Come away to the to the holy island of Lindisfarne! Founded in A.D. 635 by Saint Aidan, the Lindisfarne monastery became a base camp for Christian evangelizing. Today it's known as a center of Celtic spirituality. Blending peaceful illustrations with historical background, this beautiful book will transport you to the sacred isle for a revitalizing "retreat."

▼▲
Lindisfarne is more than a history, it’s a book of stories about the Holy Island and its people: their trials and tribulations, as well as their celebrations and successes, revealing how Lindisfarne and its people have coped with and adapted to change. The new book gives readers a feeling for the tiny island, which played such a large role in the history of England, plus a sense of its sacred enchantment. Recent praise for David Adam: “The Road of Life provides opportunity for spiritual reflection and is ideal for those looking for a different sort of Lent book… [it] is well-written and full of nuggets providing ample food of thought.” Christian Marketplace About the Island Lindisfarne is a tidal island off the Northeast coast of England, also known as Holy Island. Founded by Irish-born Saint Aidan around AD 635, it became an early base camp for Christian evangelizing. A causeway connects the island to the mainland and is flooded twice a day by tides, isolating it in geographic splendor. In the 700s, monks from the community of Iona settled on the island and founded the original monastery of Lindisfarne. One of them, Saint Cuthbert, later became abbot of the monastery, and today is celebrated as the patron saint of England. Recently, Lindisfarne has become the center for the revival of Celtic spirituality and a popular retreat center.

▼▲
I'm the author/artist and I want to review The Holy Island of Lindisfarne - eBook.
Back
×
Back
×