Skip to main content
The Hidden Prince
By: Tessa Afshar
Stock No: WW458222 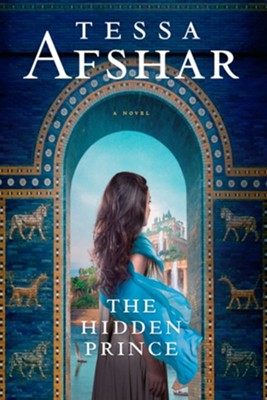 ▼▲
Babylonian captivity forces beloved Jewish daughter Keren into servitude in Daniel's house. She learns swordsmanship alongside Daniel's sons and best friend Jared---until a tragic accident forces her into a foreign country, where she must train a shepherd boy to become a lord. Upon discovering his true identity, can Keren and Jared protect him from the bloodthirsty king? 400 pages, softcover from Tyndale.

▼▲
From the bestselling author of Jewel of the Nile comes the thrilling tale of a woman who feels she has no future but soon discovers the fate of nations may rest in her hands.

The beloved daughter of Jewish captives in Babylon, Keren is sold into Daniel’s household to help her family survive. She becomes Daniel’s most trusted scribe, while taking lessons and swordsmanship training alongside Daniel’s sons and their best friend, Jared.

But after a tragic accident changes the course of her life, Keren finds herself in a foreign country, charged with a mysterious task: teaching a shepherd boy how to become a lord. When she overhears whispers that hint at his true identity, she realizes she must protect him from the schemes of a bloodthirsty king.

Jared cannot forgive Keren. Still, he finds himself traveling over mountains to fetch her back to the safety of home. When he discovers the secret identity of Keren’s pupil, Jared knows he must help protect him. Love battles bitterness as they flee from the king’s agents, trying to save the boy who could one day deliver their people from captivity.

▼▲
I'm the author/artist and I want to review The Hidden Prince.
Back