Skip to main content
BIBLE SALE OF THE SEASON: For a Limited Time ~ Save on over 1,100 Bibles!
The Heidelberg Catechism [Reformation Heritage/Soli Deo Gloria]
By: Zecharias Ursinus
Stock No: WW785190 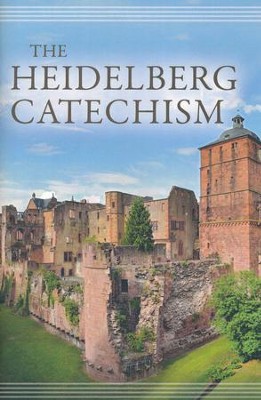 Though many confessions of faith have emerged throughout the church's history, perhaps one of the most widely accepted, comprehensive, and uniquely personal, is the Heidelberg Catechism.

Published initially in 1563, the Heidelberg Catechism originated in Germany, when Frederick III, the regional ruler at the time, sought a more unified confessional document for the people in his realm. After its first publication in January of 1563, the Heidelberg was quickly translated into Latin, Dutch, French, and English and adopted by various synods in the 16th century. It has since been translated into all European and dozens of Asiatic and African languages.

The Catechism's 129 questions and answers are divided into three parts patterned after the book of Romans—Sin and Misery, Deliverance, and Gratitude—and fifty-two "Lord's Days," which were designed to be taught each Sunday throughout the year. The Heidelberg not only systematically and carefully outlines the essential doctrines of the Christian faith, but so too does it reveal the overarching narrative of the confessing believer from sin to salvation to deliverance.

After a moving introduction related to the true believer's comfort, questions 3-11 consider the experience of sin and misery (Romans 1-3:20); questions 12-85 are concerned with redemption in Christ and faith (Romans 3:21-11:36), incorporating a lengthy exposition of the Apostle's Creed and the sacraments; and questions 86-129 stress true gratitude for God's deliverance (Romans 12-16), primarily through a consideration of the Ten Commandments and the Lord's Prayer.

One of the Catechism's precious distinctives is its presentation of doctrines with clarity and warm piety in an experiential, practical matter. Soundly Calvinistic, yet moderate in tone and irenic in spirit, this "book of comfort" remains the most widely used and warmly praised catechism of the Reformation.

▼▲
I'm the author/artist and I want to review The Heidelberg Catechism [Reformation Heritage/Soli Deo Gloria].
Back
Back