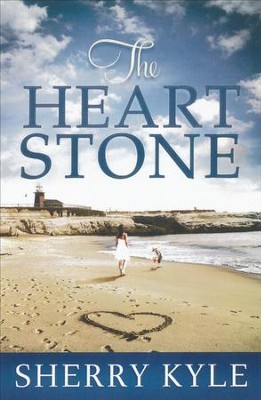 ▼▲
When the biological father of Jessica MacAllister's son decides to break their custody agreement, Jessica and her son visit her Uncle George for advice and refuge.

Following a year of grief, Evelyn Sweeney is finally ready to move on. Pondering her new path in life, her mind drifts to her first love, George MacAllister.

When the lives of these two women cross, they discover that one heart-shaped ring binds their stories together. But will the results be a rekindled faith and new hope, or will it lead them both back into the darkness they've fought for so long?

▼▲
Sherry Kyle is a graduate of Biola University with a degree in Communications. She is a freelance writer and a small group leader for her church. Her book for tween girls titled The Christian Girl s Guide to Style released from Legacy Press in 2009. Her debut fiction novel, Delivered with Love was released by Abingdon Press in 2011. Sherry maintains an active membership in the Christian Writers Fellowship International, American Christian Fiction Writers, and Adoption Writers. She is also a graduate of the Institute of Children s Literature.Sherry has four children, three homegrown and one by adoption, between the ages of 9 and 15. When she isn t writing, she enjoys jazz concerts with her husband, Douglas, watching movies, and spending time with her family in central California. Visit her at www.sherrykyle.com.

▼▲
I'm the author/artist and I want to review The Heart Stone.
Back
Back