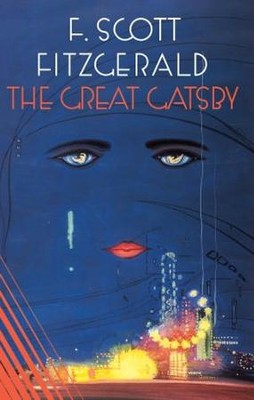 ▼▲
Gatsby's green light at the end of the dock has come to serve as a cultural and literary touchstone for the American dream. Following Nick Carraway's meeting and interaction with Gatsby as the latter attempts to win back the married Daisy Buchanan, The Great Gatsby perfectly captures the air of jazz-age, post-war America as well as its empty consumerism and obsession with status. 180 pages, softcover.

▼▲
The only authorized edition of the twentieth-century classic, featuring F. Scott Fitzgerald’s final revisions, a foreword by his granddaughter, and a new introduction by National Book Award winner Jesmyn Ward.

Nominated as one of America’s best-loved novels by PBS’s The Great American Read.

The Great Gatsby, F. Scott Fitzgerald’s third book, stands as the supreme achievement of his career. First published in 1925, this quintessential novel of the Jazz Age has been acclaimed by generations of readers.

The story of the mysteriously wealthy Jay Gatsby and his love for the beautiful Daisy Buchanan, of lavish parties on Long Island at a time when The New York Times noted "gin was the national drink and sex the national obsession," it is an exquisitely crafted tale of America in the 1920s.

▼▲
F. Scott Fitzgerald was born in St. Paul, Minnesota, in 1896. He attended Princeton University, joined the United States Army during World War I, and published his first novel, This Side of Paradise, in 1920. That same year he married Zelda Sayre and for the next decade the couple lived in New York, Paris, and on the Riviera. Fitzgerald’s masterpieces include The Beautiful and Damned, The Great Gatsby, and Tender Is the Night. He died at the age of forty-four while working on The Last Tycoon. Fitzgerald’s fiction has secured his reputation as one of the most important American writers of the twentieth century.

▼▲
I'm the author/artist and I want to review The Great Gatsby, Reissue.
Back
Back