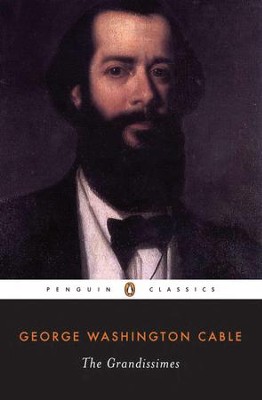 The Grandissimes: A Story of Creole Life - eBook

▼▲
Born in New Orleans in 1844, George Washington Cable began his writing career as a columnist and reporter for local newspapers. A talent scout from Scribner’s Monthly "discovered" the writer, and the nation’s appetite for the exotic scenes and characters of the remnants of Creole civilization helped to make him popular. His first collection of Creole tales, Old Creole Days, was hailed as the equal of Hawthorne’s tales of New England; Cable's first novel, The Grandissimes, was constantly in print during his lifetime. He died in 1925.

Michael Kreyling is a professor of English at Vanderbilt University, where he teaches Southern literature and American literature. He has written two books: a study of the fiction of Eudora Welty, Eudora Welty’s Achievement of Order, and a literary-cultural study of Southern fiction from the 1820s to the 1970s, Figures of the Hero in Southern Narrative.

▼▲
I'm the author/artist and I want to review The Grandissimes: A Story of Creole Life - eBook.
Back
×
Back
×