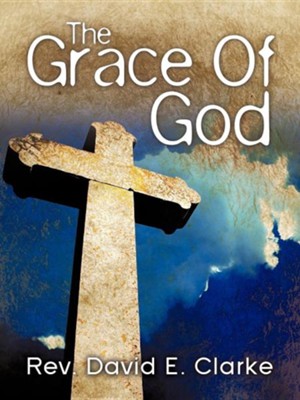 The Grace of God

▼▲
"The Grace of God," is an eclectic work demonstrating God the Father, God the Son and God the Spirit and the wonderful plan of restoring and reconciling fallen mankind back to a loving, holy, immutable and sovereign God. Part one of this work deals with the attributes of the Lord and through this exploration of Him, we may learn how to be more like Him. Part two concerns itself with cyclical interpretive models found within Scripture that more fully explain how to read Scripture. Part three deals with convergence theory and through convergence the more complete worship of God in His triune personhood. Finally, part four is a poem entitled, "Clouds." A poem based on the Book of the Revelation. David Clarke is a bivocational minister and Bible teacher. He has graduated from the Ohio State University and the Institute of Jewish-Christian Studies and additionally, has done graduate work at the Ohio State University and the Trinity Theological Seminary. He has worked in an inner city mission as a staff pastor and has been an associate pastor and an interim senior pastor. Rev. Clarke is also a poet in addition to his heart's calling to reintroduce people to the serious study of the Holy Bible as the word of God and the importance of the centrality of the Christian belief in the death, burial and resurrection of the Lord. David lives in Circleville, Ohio and has three grown children.

▼▲
I'm the author/artist and I want to review The Grace of God.
Back
×