The Glass Castle
By: Trisha Priebe, Jerry B. Jenkins 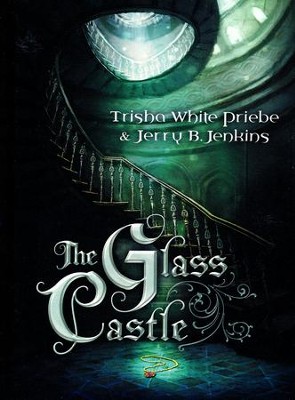 ▼▲
A king worries about who will replace him, and his new wife wants to give him an heir. But the problem is that his first spouse gave birth to a son who's disappeared. So he decides to "dispose" of the country's orphans. But Avery and her friends won't go quietly---and what they've discovered could shatter the kingdom!

▼▲
You'll love joining Avery in the adventures of The Glass Castle where the setting from The Chronicles of Narnia meets the action from Alice in Wonderland.
Avery dragged her three-year-old brother behind a boxwood bush and listened for footsteps in the brittle leaves.
She couldn’t be sure which was louder—the person on their trail or her own heart, galloping like a stallion in her ears.

With one hand over Henry’s mouth, Avery looked down at the nicest dress she owned. Not only had she torn the ruffles and destroyed the hem, but the white linen stood out in the shadowy woods, making her an easy target.
I

f she survived this afternoon and made it home tonight—and that felt like a giant if—her father would demand to know why her dress was stained with grass and mud and tinged with blood.She would tell him the truth.

The king is growing old and is concerned about who will replace him. His new wife wants to produce an heir to the throne.  The only problem? Thirteen years ago, the king’s first wife gave birth to a son, and no one knows for sure what happened to him. Rumors swirl throughout the castle. For the new queen, the solution as simple: dispose of all the thirteen-year-olds in the kingdom.

Except, it isn’t that easy.

Avery and her friends won’t go quietly.   Avery, Kate, Tuck, and Kendrick take charge of the underground network of kidnapped children, inspiring them to believe that their past does not dictate their future and pledging to do the hardest thing of all. . .reunite the children with the homes they left behind.

When they discover that one among them might be the child of a man who wants them dead, will everything they work for be lost?


The Glass Castle is Book 1 of the Thirteen series.
Look for...
The Ruby Moon - Book 2
The Paper Boat - Book 3

▼▲
Trisha White Priebe is a wife, mom, writer, and shameless water polo enthusiast. She serves as an assistant to Jerry B. Jenkins, speaks at retreats, and enjoys assisting her husband in youth ministry. She wrote Trust, Hope, Pray: Encouragement for the Task of Waiting and A Sherlock Holmes Devotional: Uncovering the Mysteries of God.

Priebe and Jenkins have constructed a delightfully charming, tightly plotted, and fast-paced tale of courage and endurance, balancing tremendous character development with the weight of its subject matter. It’s a promising start to what could be a fun series.

▼▲
I'm the author/artist and I want to review The Glass Castle.
Back
×
Back
×