The Gift Of Christmas Past: A Southern Romance
By: Cindy Woodsmall, Erin Woodsmall 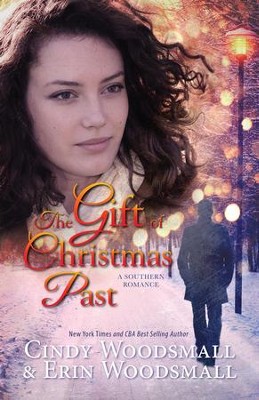 The Gift Of Christmas Past: A Southern Romance

Hadley spends her young life in the foster care system until she becomes the blame for arson and is later arrested for arson. Her boyfriend Munroe broke up with her. Ten years later they both are specialist in the speech and occupational therapy field. When a traumatized four-year old girl becomes mute after an apartment fire, Hadley and Munroe come together once again. They must put the past behind them  and help the young child in need.

▼▲
Lies Spoken.
Promises Shattered.
She went to juvenile lockup.
He returned to the safety of his wealthy parents.

Almost ten years later, Hadley and Monroe are both specialists in the field of speech therapy. They meet again&hellip;thrown together to help a four-year- old girl rendered mute after a suspected arson. Years of secrets and anger beg to be set free as Hadley and Monroe try to push aside past hurts and find common ground in order to help the traumatized child and her family.

Can the love of Christmas past drift into the present, bringing healing and hope for all?

▼▲
Cindy Woodsmall is the New York Times and CBA best-selling author of eighteen works of fiction. She's been featured in national media outlets such as ABC's Nightline and the Wall Street Journal. Cindy has won numerous awards and has been finalist for the prestigious Christy, Rita, and Carol Awards. Cindy and her husband reside near the foothills of the North Georgia Mountains. She can be found online at cindywoodsmall.com.

Erin Woodsmall is a writer, musician, wife, and mom of three. She has edited, brainstormed, and researched books with Cindy for almost a decade. The Gift of Christmas Past is their first coauthored title.

▼▲
I'm the author/artist and I want to review The Gift Of Christmas Past: A Southern Romance.
Back
×
Back
×