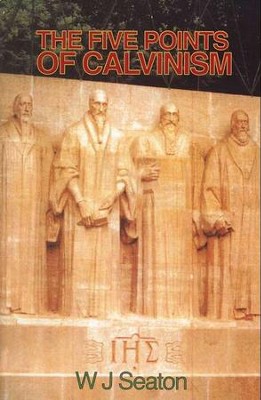 ▼▲
By an accident of history in the 17th Century five great Christian truths, formulated by successors of the Reformers at the Synod of Dort to counter a drift from the gospel, became linked with the name of the Genevan Reformer who had died half a century earlier. The label "Calvinism" was at first a propaganda tactic on the part of the opponents, but while defenders of the Reformation Faith recognised that it could well be called by another name they came to accept the term as denoting those doctrines which place man in entire dependence upon the free grace of God in salvation. This booklet is written to explain that teaching.

▼▲
The distinctives of the Reformed understanding of the gospel.

▼▲
I'm the author/artist and I want to review The Five Points of Calvinism [Jack Seaton].
Back
×
Back
×