EASTER SEASON SALE: Over 1,100 deals up to 75% off. Shop through March 30th. >
The Evolution Conspiracy
By: Carl Matrisciana, Roger Oakland 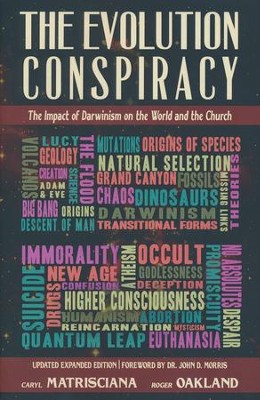 ▼▲
Christians and Christian churches everywhere are embracing evolution as God's method of creation as they rush to endorse, accomodate, and adopt ungodly practices and thought to their own detriment. Others have written on such subjects before, but Caryl Matrisciana and Roger Oakland add a new dimension. Their persistent sleuthing has uncovered many connections between the occult and evolution that were previously undetected. Truly there is an evolutionary conspiracy, and it can no longer be ignored by God's people. From the foreword by John D. Morris, Ph.D.

▼▲
I'm the author/artist and I want to review The Evolution Conspiracy.
Back
×
Back
×