Skip to main content
SPRING SAVINGS EXTRAVAGANZA: Our Biggest Sale of the Season! Shop through 3/16 >
The Endless Steppe: Growing Up in Siberia
By: Esther Hautzig
Stock No: WW405770 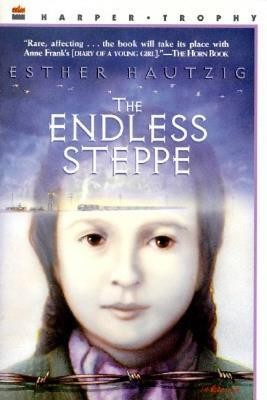 The Endless Steppe: Growing Up in Siberia

This is the remarkable true story of a family during one of the bleakest periods in history, a story that "radiates optimism and the resilience of the human spirit" (Washington Post).

In June 1941, the Rudomin family is arrested by the Russians. They are accused of being capitalists, “enemies of the people.” Forced from their home and friends in Vilna, Poland, they are herded into crowded cattle cars. Their destination: the endless steppe of Siberia.

For five years, Esther and her family live in exile, weeding potato fields, working in the mines, and struggling to stay alive. But in the middle of hardship and oppression, the strength of their small family sustains them and gives them hope for the future.

The first winner of the Sydney Taylor Awards was Esther Hautzig's The Endless Steppe: Growing Up in Siberia, and 2018 marks the 50th anniversary of this powerful classic.

Esther Hautzig was the author of many books for children and adults. The Endless Steppe is an autobiographical account of her childhood in Siberia. It was a National Book Award nominee and an ALA Notable Children’s Book. It also received the Jane Addams Children’s Book Award and the Lewis Carroll Shelf Award.

▼▲
I'm the author/artist and I want to review The Endless Steppe: Growing Up in Siberia.
Back
×