Skip to main content
BIBLE SALE OF THE SEASON: For a Limited Time ~ Save on over 1,100 Bibles!
The Edge of Over There
By: Shawn Smucker
Stock No: WW72850X 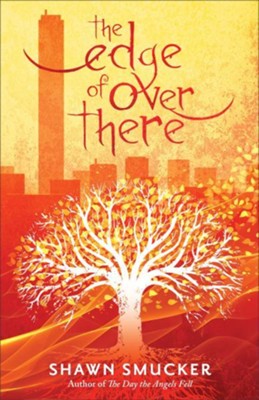 The Edge of Over There

▼▲
Before the Tree of Life, everything in Abra Miller's life had been predictable. But after the Tree and the lightning and the angels, everything felt tenuous, like holding a soap bubble in the palm of her hand. She spent years looking for signs of that other world, waiting for it to break through. When it didn't, her friendship with Sam Chambers grew cold and distant, and they both wondered how any of it could actually have happened.Four years later, 16-year-old Abra's long-delayed quest to find the next manifestation of the Tree of Life is renewed when she sees a woman walking up the road--a woman who looks exactly like Sam's dead mother. The woman directs her to New Orleans where she will find the grave of Marie Laveau, one of seven gateways between this world and Over There. As Abra enters The Edge of Over There and begins her pursuit of the Tree once more, she doesn't know whom to fear or whom to trust. But she's starting to think that some doorways should never be opened.

▼▲
Shawn Smucker is the author of The Day the Angels Fell and The Edge of Over There. He lives with his wife and six children in the city of Lancaster, Pennsylvania. You can find him online at www.shawnsmucker.com, where you can also sign up for his newsletter in order to find out when and where the Tree of Life will turn up next.

▼▲
I'm the author/artist and I want to review The Edge of Over There.
Back
Back