Shipment delay - click here for more details
The Cruise of the Snark - eBook
By: Jack London 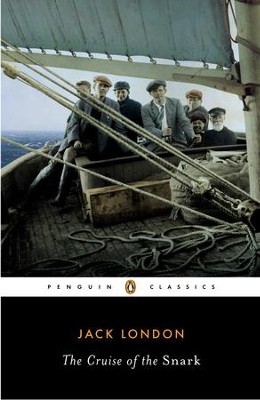 The Cruise of the Snark - eBook

▼▲
Inspired by the examples of his heroes Herman Melville, Robert Louis Stevenson, and Joshua Slocum, Jack London determined to sail around the world. In April 1907 he sailed from San Francisco in the forty-five-foot ketch Snark, with his wife, Charmian, a skeleton crew, and his writing to keep him company. Beset by seasickness and tropical disease, London wrote incessantly—not only his major autobiographical novel Martin Eden and numerous short stories, but also a series of sketches recording the voyage itself. These entertaining pieces, collected together into the book he called The Cruise of the Snark, reveal London’s indefatigable spirit and love of adventure at sea and among the Pacific islands. This edition also includes London's delightful sea pieces "That Dead Men Rise Up Never" and "The Joy of Small-Boat Sailing."

▼▲
John Griffith "Jack" London (1876–1916) is an American author, journalist, and social activist. Some of his most famous works include The Call of the Wild and White Fang, as well as the short stories "To Build a Fire", "An Odyssey of the North", and "Love of Life".

▼▲
I'm the author/artist and I want to review The Cruise of the Snark - eBook.
Back
×
Back
×