Skip to main content
The Crucifixion of Jesus
By: Gerard Sloyan
Stock No: WW28861 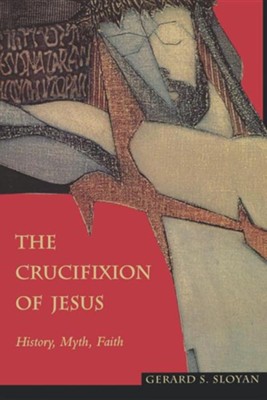 The Crucifixion of Jesus

▼▲
(PUBFortress)With hundreds of thousands of criminals crucified by the ancient Romans, why is only one death so acutely hallowed and celebrated? Ranging from New Testament writers to theories of explanation in the early church to medieval passion piety, Sloyan's work considers the mystery of the cross.

Jesus of Nazareth died on a cross at the hands of Roman justice around the year 30 C.E. Thousands of others perished in the same way, and many people before and since have suffered far more gruesome torments. Why then is Jesus, Gerard Sloyan asks, uniquely and universally remembered for his suffering death? How has his death brought solace to many millions?

To answer this question, Gerard Sloyan in this powerful historical tour de force tracks the legacy of the cross across two millennia of Christian reminiscences, piety, art, speculation, and mythicizing. Beginning with New Testament accounts, he shows how Jesus' death came to be seen as sacrificial. He then plots the emergence and development - in theology, liturgy, literature, art - of the conviction that Jesus' death was redemptive, as seen both in soteriological theory from Tertullian to Anselm, in the Reformation and modern eras, and in more popular religious responses to the crucifixion.

Sloyan's impressive scholarship and keen theological insights bring to light both the historical realities of Jesus' death and the many and profound ways in which the cross has been received in the hearts and minds of those who profess Jesus' name.

▼▲
I'm the author/artist and I want to review The Crucifixion of Jesus.
Back