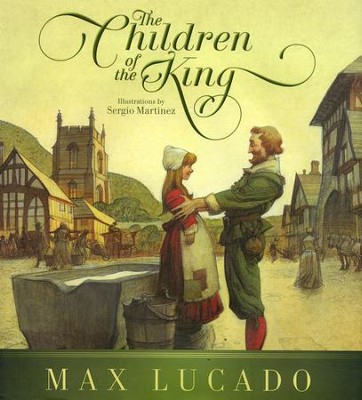 The Children of the King / New edition

▼▲
There once was a family of 5 orphans who were so excited by the thought of being adopted by the king! Each of the siblings sets out to perfect their gift for the king: one is a woodcarver, another is a painter, the third is a scholar, and the fourth is a singer. But the fifth child had no special gift, just a kind and loving heart. This allegory is a wonderful way for children to learn of God's great love for his children, a love that is given without the need of a grand or special gift.

Heartwarming and beautifully illustrated, this book by best-selling author Max Lucado helps children understand and cherish God’s unconditional love and affection—reminding them that God accepts them just the way they are.

▼▲
I'm the author/artist and I want to review The Children of the King / New edition.
Back
Back