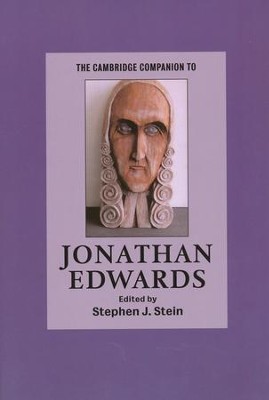 The Cambridge Companion to Jonathan Edwards

▼▲
Long recognized as 'America's theologian', Jonathan Edwards (1703-1758) was instrumental in the Great Awakenings of the 18th Century that gripped much of New England and that laid the groundwork for a uniquely American Protestant religious identity.

The CC to Jonathan Edwards is comprised of seventeen chapters/essays and divided into 3 major sections that cover Edwards' life and context, Edwards' various roles (theologian, preacher, etc.), and lastly his enduring but often controversial legacy.

Each of the 17 chapter-essays is written by a leading Edwards' scholars, many of whom are ground-breaking specialists in this quickly emerging and important field.

▼▲
I'm the author/artist and I want to review The Cambridge Companion to Jonathan Edwards.
Back
Back