The Call to Africa
By: Phyllis Mills 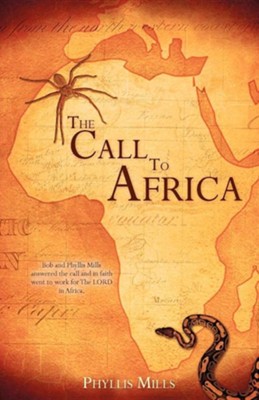 The Call to Africa

▼▲
This is a true story, a saga of faith. Family and friends told the young couple they were crazy to take their little ones to Africa, but they proceeded in faith. Even when the baby became deathly ill, they persevered and entered the ship traveling to Africa. Along the way of life, there were family problems of health, school difficulties, and decision to make. God led the family in paths He wanted them. Many times faith hardly seemed enough but it always was. Two years in South West Africa (Namibia), twelve in Kimberly and the rest of the forty-seven years were in the Johannesburg area. No matter where God led them, God's word was still getting spread, people were reading and coming to His saving grace. The writer and husband Bob now live in Texas still serving God. I was eight when my parents became missionaries to Batang, China/Tibet. We were four children, a boy and three girls, I being the middle girl. My first book, SOME OF GOD'S CHILDREN, is about those faith-challenging five years. Back in America, we adjusted slowly to our new culture. We had done without for so long, rationing meant little to us. At college, I met and married Bob Mills who wanted to be a missionary. He felt called to Africa, but agreed to go to China. I received a call to Africa several years earlier but refused, telling God that there were too many spiders and snakes. China closed its door to missionary work before we finished college. We accepted the call to Africa and spent 47 years taking the 'Light of Christ' to that Dark Continent. I found God's way is best.

▼▲
I'm the author/artist and I want to review The Call to Africa.
Back
×