Skip to main content
The Boy and the Ocean
By: Max Lucado
Illustrated By: T. Lively Fluharty
Stock No: WW539317 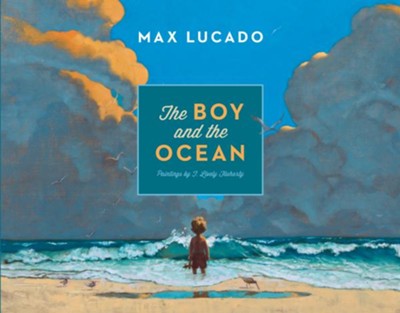 The Boy and the Ocean

▼▲
Best-selling author Lucado invites your children to celebrate creation and how it reflects the never-ending love of God! Filled with beautiful illustrations and easy-to-read text, this charming tale about a boy, his parents, and the wonder of the ocean will take your kids on an unforgettable journey of discovery and thanksgiving. 48 pages, hardcover from Crossway.

Best-selling author Max Lucado helps young children grasp the unending love of God in this beautifully illustrated story of discovery and wonder in exploring the amazing world that God has made.

T. Lively Fluharty is an accomplished illustrator whose artwork has appeared in such publications as Time Magazine, Sports Illustrated, and Focus on the Family. His work has been recognized by the Society of Illustrators, Communications Arts, and Spectrum. Fluharty illustrated The Barber Who Wanted to Pray and The Boy and the Ocean, as well as Fool Moon Rising which he cowrote with his wife, Kristi.

▼▲
I'm the author/artist and I want to review The Boy and the Ocean.
Back
Back