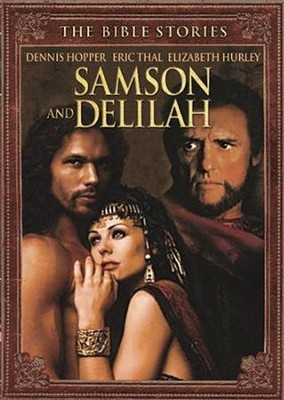 The Bible Stories: Samson & Delilah is the timeless story of the hero of the Israelites and the beautiful Philistine who tests his faith. Although Samson is born a humble shepherd, God shows his special favor by granting him incredible strength in order to fight the Philistines. However, Samson must never cut his hair or he will lose his tremendous strength. While initially a valiant leader, he is eventually seduced by the beautiful Philistine, Delilah. Once Samson confides in her the condition in which he would lose his strength, Delilah betrays him by cutting his hair. Weak, he is then captured by the Philistines and held prisoner. Once Samson realizes his many mistakes, he rediscovers his faith and puts his trust in God. God returns Samson his strength and he is able to destroy the Philistines who are keeping him captive. Approx. 172 minutes.

▼▲
I'm the author/artist and I want to review The Bible Stories: Samson & Delilah, DVD.
Back
×
Back
×