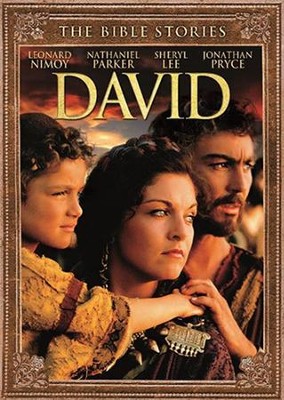 The Bible Stories: David tells the story of a boy’s rise to king of the Hebrews and the glory and suffering that results. David is a boy tending sheep when the prophet Samuel declares that David will be king. After David defeats the mighty Goliath, King Saul becomes jealous of David’s fame, forcing David to flee for his life. After Saul kills himself following a lost battle, David becomes king. He is initially an awe-inspiring king, conquering the magnificent Jerusalem and promising peace. Yet, David falls from grace by having an affair with the beautiful but married, Bathsheba. He further disgraces himself by ensuring Bathsheba’s husband is killed in battle. David’s life is filled with strife as he denies God, until he realizes the importance of genuine belief and obedience to God. David is a story of pain and betrayal but also of forgiveness and grace. Approx. 190 minutes.

▼▲
I'm the author/artist and I want to review The Bible Stories: David, DVD.
Back
×
Back
×