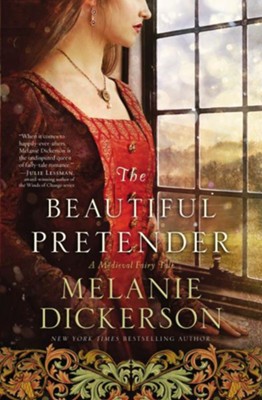 Under orders from the King, The Margrave of Thornbeck must find a bride of his choosing… from among the ten noblewomen proposed by that same King.  All ten are invited to the castle for a fortnight…and a secret series of tests.  But one of the guests is not who she pretends to be…and not everyone in attendance is there with good intentions.  Will there ever be a wedding at Thornbeck Castle?

After inheriting his title from his brother, the margrave has two weeks to find a noble bride. What will happen when he learns he has fallen for a lovely servant girl in disguise?

The Margrave of Thornbeck has to find a bride, fast. He invites ten noble born ladies who meet the king’s approval to be his guests at Thornbeck Castle for two weeks, a time to test these ladies and reveal their true character.

Avelina has only two instructions: keep her true identity a secret and make sure the margrave doesn’t select her as his bride. Since the latter seems unlikely, she concentrates on not getting caught. No one must know she is merely a maidservant, sent by the Earl of Plimmwald to stand in for his daughter, Dorothea.

Despite Avelina’s best attempts at diverting attention from herself, the margrave has taken notice. And try as she might, she can’t deny her own growing feelings. But something else is afoot in the castle. Something sinister that could have far worse—far deadlier—consequences

▼▲
4 stars. 'Readers of The Huntress of Thornback Forest will be pleased to see Odette and Jorgen happily married and working together to help Reinhart overcome his insecurities. Avelina and Reinhart’s devotion to each other in spite of gossip and social expectations reminds readers that we are never too old for fairy tales, and romantic dreams can come true.'
“Dickerson fans will enjoy this latest medieval fairy tale that includes the return of Jorgen and Odette as they aid Reinhart and Avelina in seeking God’s help in sparing all from war.”

▼▲
I'm the author/artist and I want to review The Beautiful Pretender.
Back
×
Back
×