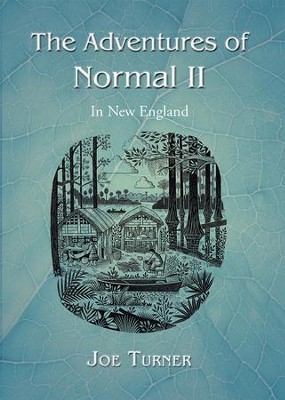 The Adventures of Normal II: In New England - eBook

Normal, having sustained the loss of his surrogate grandfather, has trouble dealing with it. The chance to take a little bite of retirement, as he calls it, presents itself, and he travels to New England.

To his surprise, people recognize him as his new identity. He learns that his new identitys parents where not married, and he only has the mothers DNA. They tell him he has been murdered in New York City. When he finishes his business with the natives of Bangor, Maine, and leaves the reservation, he passes through the Eastern states and ends up in Boston, where he defends Marios cousin, who is suspected of murder. After clearing her of the charges, he tours the area in his quest for knowledge of the history of the nation of which he is proud.


By the time he gets home, he finds much work and intrigue has found him. It seems he is not the only one who has secrets. He becomes a surrogate brother and uncle all in one swoop. He thinks to himself, I may need another bite of retirement.

▼▲
I'm the author/artist and I want to review The Adventures of Normal II: In New England - eBook.
Back
Back