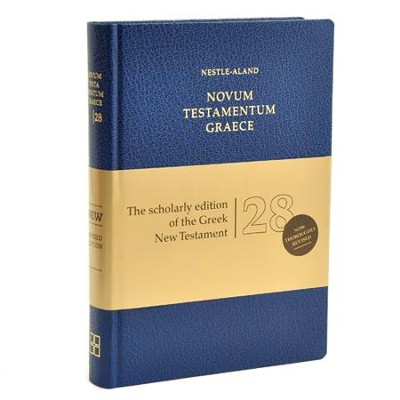 By: Institute for New Testament Textual Research
German Bible Society / 2012 / Hardcover
5 out of 5 stars (1 Review) Write a Review
In Stock
Stock No: WW700307

▼▲
Following intensive preparatory work, the Nestle-Aland 28th Edition (NA28) of the Novum Testamentum Graece is now available. This standard and globally preeminent reference among Greek New Testament editions has been fundamentally revised and improved. The structure of the critical apparatus was simplified and includes the combination of variants using sed or et and the distinction between consistently cited witnesses of the first and second order have now been removed.

▼▲
I'm the author/artist and I want to review Novum Testamentum Graece, Nestle-Aland 28th Edition (NA28).
Back
×