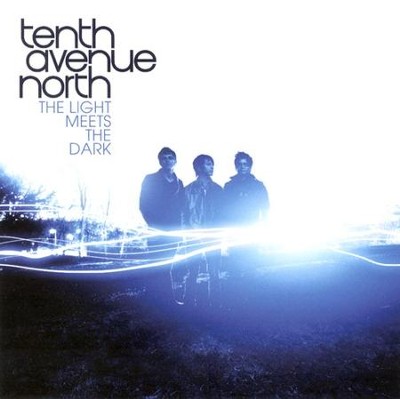 The Light Meets The Dark CD

▼▲
Rarely has a new band delivered an album with more emotional punch than Tenth Avenue North's 2008 debut Over and Underneath. Musically inventive and lyrically compelling, the collection helped earn the band the New Artist of the Year accolade at the 2009 Dove Awards, and Song of the Year ("By Your Side") at the 2010 Awards.
With one listen to The Light Meets The Dark, it becomes obvious the band has taken a bold next step on their musical journey. Once again the songs are poignant and powerful, and in recording the new tunes, the band brings a more seasoned level of musicianship and intensity, honed from relentless touring. "It's been kind of crazy I guess when you think about it," lead singer Mike Donehy says with a smile. "In a lot of ways, we don't feel like anything has changed. When we get up on a stage, more people are there to see us play and more people are familiar with the songs, but the objective really hasn't changed. The objective is for people to encounter truth and be changed."
The Light Meets the Dark includes the hit single "Healing Begins" plus "You Are More," "All The Pretty Things," "Empty My Hands," and others.

▼▲
I'm the author/artist and I want to review The Light Meets The Dark CD.
Back
Back