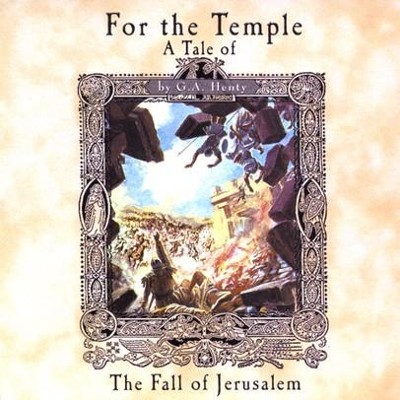 ▼▲
A stirring tale of the last days of the Temple at Jerusalem. Robber bands and political infighting sets the stage for the Roman destruction of Jerusalem in A.D. 70. In the face of overwhelming odds, John of Gamala does his best to save God's Temple, harrasing Roman work parties, burning Roman camps, defending Jerusalem during the Roman siege, and even fighting Titus himself in hand-to-hand combat--forging a relationship with the Roman leader that lasts until after the war. In spite of fighting a losing battle, John keeps his integrity and honor intact. Unabridged. Read by Jim Hodges. 1 MP3 CD. 11 hours, 14 minutes.

▼▲
I'm the author/artist and I want to review For the Temple, G.A. Henty MP3 Audio CDs Unabridged.
Back