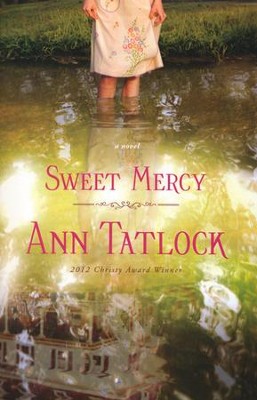 ▼▲
After her father is laid off in 1931, 17-year-old Eve is relieved that her family is moving from gangster-ridden St. Paul to Ohio to work in Uncle Cyrus's lodge. Then she discovers that the business is a transfer station for illegal liquor! Will she risk turning in the man who's kept the family from ruin? 400 pages, softcover from Bethany.

When Eve Marryat's father is laid off from the Ford Motor Company in 1931, he is forced to support his family by leaving St. Paul, Minnesota, and moving back to his Ohio roots. Eve's uncle Cyrus has invited the family to live and work at his Marryat Island Ballroom and Lodge.

St. Paul seemed like a haven for gangsters, and Eve had grown fearful of living there. At seventeen, she considers her family to be "good people." They aren't lawbreakers and criminals like so many people in her old neighborhood. Thrilled to be moving to a "safe haven," Eve is blissfully unaware that her uncle's lodge is a transfer station for illegal liquor smuggled from Canada.

Eve settles in to work and makes new friends, including an enigmatic but affecting young man. But when the reality of her situation finally becomes clear, Eve is faced with a dilemma. How can she ignore what is happening right under their very noses? Yet can she risk everything by condemning the man whose love and generosity is keeping her and her family from ruin?

▼▲
Ann Tatlock is the author of the Christy Award-winning novel All the Way Home. She has also won the Midwest Independent Publishers Association "Book of the Year" in fiction for both All the Way Home and I'll Watch the Moon. Ann lives with her husband, Bob, and their daughter, Laura Jane, in Asheville, North Carolina. Learn more at www.anntatlock.com.

▼▲
I'm the author/artist and I want to review Sweet Mercy.
Back
Back