Skip to main content
THE MEGA CHRISTMAS SALE: Save up to 85% off through 10/19 >
Still Room for Hope: A Survivor's Story of Sexual Assault, Forgiveness, and Freedom - eBook
By: Alisa Kaplan, Laura Tucker
Stock No: WW68188EB 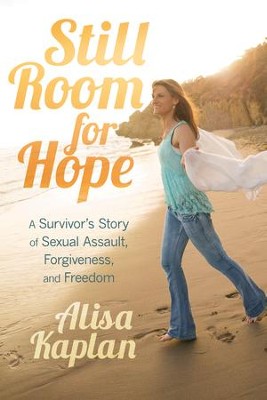 ▼▲
"These were boys we knew, boys we trusted. 'They wouldn't do that to you,' she insisted. I wanted to believe her. But I couldn't..."
On July 6, 2002, sixteen-year-old Alisa Kaplan woke, sick and disoriented, in the passenger seat of her car. She'd been at a party the night before, but there was a big blank hole where her own memories of the night should have been. So what happened at that party? Why couldn't she remember anything about the night before?
As the appalling, terrifying details of that night began to surface, it ignited a media frenzy and a storm of controversy with Alisa trapped at the center: A straight-laced, straight-A student, sexually assaulted by three male friends-all caught on videotape.
Her fight for justice pitted her against some of Southern California's most powerful families, and made her the target of a devastating smear campaign. Despite the evidence, the corruption and humiliation of her first trial resulted in a hung jury, and sent her spiraling into the oblivion of meth addiction.
But on the threshold of her last chance and darkest moment, Alisa discovered: There was still room for hope.
Now she recounts her gripping story of transforming from victim to survivor: How she got a second chance, broke her silence, and found faith and grace in God on her way to rebuilding a stronger, meaningful life.
Courageous and heartbreaking, Alisa's hope-filled account demonstrates that redemption is always possible, and forgiveness can transform anyone.

▼▲
ALISA KAPLAN is a state-certified sexual assault victim advocate and crisis intervention counselor and volunteers at a rape crisis center in Los Angeles County. She also works for a religious organization and is attending college to obtain her degree in psychology. She still lives in San Bernardino County, California where she was born and raised.

▼▲
I'm the author/artist and I want to review Still Room for Hope: A Survivor's Story of Sexual Assault, Forgiveness, and Freedom - eBook.
Back
Back