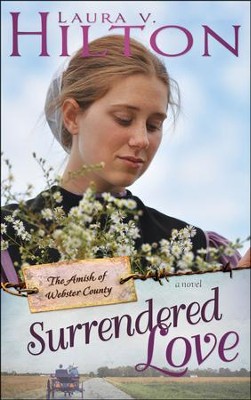 ▼▲
Life gets a lot harder for Amish midwife Kristi Lapp when a buggy wreck lands her in the hospital and leaves her with a pronounced limp. Among her biggest concerns is the well-being of her dog, Chinook, as she is no longer able to keep up with the high-energy Siberian husky. Adding insult to injury, she fears she'll never marry for love, for what man would willingly wed a woman who needs help with even the most basic of household tasks?

Shane Zimmerman moved to Seymour for a fresh start. The veterinarian is still reeling from the loss of his young wife, who died in childbirth-an aneurysm, the autopsy determined, but he still blames the midwife and the herbal remedies she administered. He meets his next-door neighbor, Kristi, when he discovers her wrecked buggy and takes her to the hospital. Eager to deepen the friendship that forms between them, he offers to take care of exercising her dog. But the harsh words of Kristi's father discourage him from pursuing a relationship further-for the time being. Shane isn't Amish, although his grandparents were, and Ira Lapp would rather his daughter marry an aging Amish widower than a young Englischer.

▼▲
Janna Kauffman enjoys working as a personal shopper for the homebound in her Amish community. But when her wayward niece comes to live with her family, Janna finds herself spending less time shopping and more time explaining Meghan’s erratic behavior to the local authorities. Her dealings with the law aren’t entirely bad, though, as they bring her back into contact with a childhood crush.
Police officer Troy Troyer shed his given name when he left the Amish eight years ago in an effort to escape his demons. He has no intentions of going back, either—not even for Janna Kauffman, the girl he’s admired as long as he can remember. He can’t believe his luck when she still welcomes a relationship with him, and he does his best to straddle both worlds, even as he questions the point in pursuing a love that cannot last.
Caught up in the exhilaration of their youthful dreams coming true, the couple makes a brash decision that jeopardizes the reputations of Janna and her father, the local bishop, and also threatens to destroy the fragile stability being built into Meghan’s life. It will require the power of forgiveness to mend broken bonds and pave a path for future bliss.

▼▲
Award-winning author Laura V. Hilton and her husband, Steve, a pastor, make their home in Arkansas. They have five children, three of whom are grown, and Laura homeschools the youngest two. She earned her degree in business administration, but has always wanted to be a writer. Laura’s maternal grandparents were Amish and she mainly writes Amish contemporary romance novels. Her most recent books include Firestorm and Love by the Numbers. Her additional works include: the Amish of Seymour series, Patchwork Dreams, A Harvest of Hearts (winner of the 2012 Clash of the Titles Award in two categories), and Promised to Another; the Amish of Webster County series, Healing Love (finalist for the 2013 Christian Retail Awards), Surrendered Love, Awakened Love and A White Christmas in Webster County; and the Amish of Jamesport series, The Snow Globe, The Postcard, and The Birdhouse. Laura is a member of American Christian Fiction Writers and is also a professional book reviewer.

▼▲
I'm the author/artist and I want to review Surrendered Love, Amish of Webster County Series #2.
Back
Back