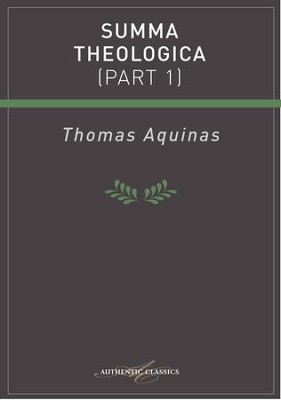 ▼▲
Aquinas' Summa Theologica is his most famous work. It was intended as a compilation of all of the main theological teachings of his time, covering the widest range of subjects - reason, sin, just war to name but a few - in detailed philosophical language. Aquinas worked on it from 1265 until the end of his life in March 1274. When he died, he had reached Question ninety of Part III, on the subject of penance. Part 1 deals with foundational questions about the nature and character of God, structured as a series of questions and assertions.

▼▲
Aquinas, while studying at the University of Naples, joined the Dominican monastic order in 1244. Under St. Albert the Great he embarked on a life of teaching, preaching, and writing. He was formally canonized in 1323.

▼▲
I'm the author/artist and I want to review Summa Theologica (Part 1) - eBook.
Back
Back