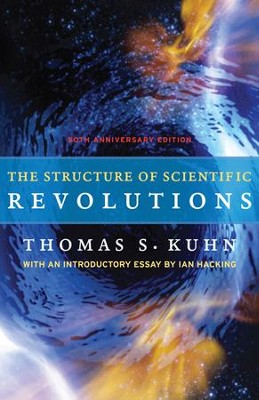 ▼▲
When it was first published in 1962, The Structure of Scientific Revolutions was a landmark event in the history and philosophy of science. Fifty years later, it still has many lessons to teach. With The Structure of Scientific Revolutions, Thomas S. Kuhn challenged long-standing linear notions of scientific progress, arguing that transformative ideas do not arise from the day-to-day, gradual process of experimentation and data accumulation, but that the revolutions in science, those breakthrough moments that disrupt accepted thinking and offer unanticipated ideas, occur outside of "normal science", as he called it.

Though Kuhn was writing when physics ruled the sciences, his ideas on how scientific revolutions bring order to the anomalies that amass over time in research experiments are still instructive in our biotech age.

This new edition of Kuhn's essential work in the history of science includes an insightful introduction by Ian Hackling which clarifies terms popularized by Kuhn, including "paradigm" and "incommensurability" and then applies Kuhn's ideas to the science of today.

▼▲
I'm the author/artist and I want to review The Structure of Scientific Revolutions: 50th-Anniversary Edition.
Back
×
Back
×