BRING CHRISTMAS HOME SALE: Save up to 85% through 11/2 >
Strait of Hormuz, Marc Royce Series #3
By: Davis Bunn 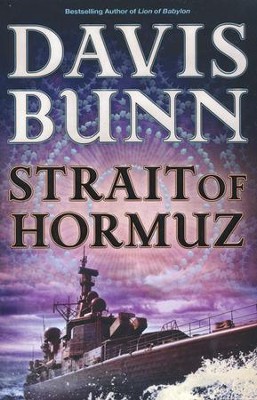 ▼▲
The threat of an Iranian blockade of the narrow Strait of Hormuz is escalating global tensions. Sanctions against Tehran have begun to bite, and it seeks to retaliate by cutting off vital shipping routes for crude oil. The specter of a preemptive Israeli strike has US officials on edge as they struggle to keep the world from plunging into the abyss.

Stymied in its efforts to uncover the sources of funding that bolster the Iranian nuclear program, the State Department calls on Marc Royce to investigate. With little to go on, he'll have to rely on an old ally. Kitra Korban has ties to people with the means to get things done, so long as no questions are asked. But Iran is on the brink of nuclear capability, and time is running out.

▼▲
Praise for the Marc Royce Adventures


"A precise and intricate tale of cross-cultural friendship and loyalty."--Publishers Weekly on Lion of Babylon


"Thorough characterizations, a fast pace, and attention to detail make this a sure bet."--Library Journal on Rare Earth

An under-the-radar phone call from the U.S. State Department puts Marc Royce once again on assignment--ferreting out rumors of a clandestine operation stretching from Asia to the Mideast. At stake is Iran's threat to blockade the narrow Strait of Hormuz, cutting off vital shipping routes and escalating global tensions beyond the breaking point.

Under the guise of investigating money laundering via high-end art purchases in Europe, Royce finds himself in Switzerland with only sketchy information, no backup, and without a single weapon other than his wits.

His appointment with a gallery owner in Geneva is a dead end--the man is on the floor with a bullet through his chest. But it turns out Royce does have backup. The Mossad has sent someone to keep an eye on this undercover op, which is of more than casual interest to the Israelis. And it's someone Royce knows...

A small team gathers around Royce--
a single objective against multiple enemies.

▼▲
I'm the author/artist and I want to review Strait of Hormuz, Marc Royce Series #3.
Back
×
Back
×