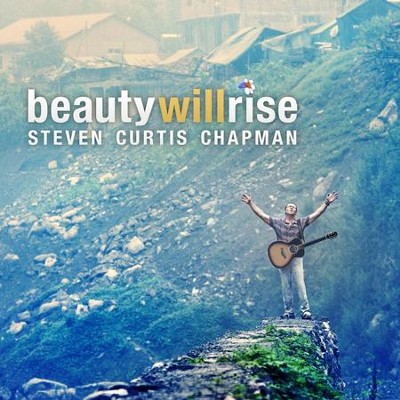 Product Close-up
* This product is available for purchase only in the USA.

About the Album Cover

▼▲
The Chapmans were in China on May 12th 2008 when a 7.9 magnitude earthquake hit the Sichuan province, a mountainous region in the western portion of the country. They were wrapping up a 4 week trip and in the Shanghai airport hundreds of miles away on the other side of the country headed home to celebrate Maria Sue Chapmans 5th birthday. They didnt even feel the quake.
Aware of the disaster through phone contact, there at the airport the Chapman family and team instantly began praying for those they knew and those they had never met there. Sadly, just days later, they experience their own earthquake, the loss of little Maria.
Steven has often remarked in these past months that, The Chapmans are likely the most prayed for, supported, and loved family in the world. Within weeks of the tragedy on May 21 2008, Steven was beginning to talk about going to the earthquake zone to serve however he could and to proclaim the comfort and hope that was sustaining his family through the pain of their loss, to those in China who had also suffered their own loss of a Chinese daughter or son in the disaster.
In July 2009, the Chapman family returned to China and participated in ShowHOPEs grand opening of a special needs orphan care facility named Marias Big House of Hope in honor of their daughter. Steven was privileged to do a concert in the affected area and participate in relief work efforts there on the ground. The photo on the cover of Beauty Will Rise was captured while Steven was in the earthquake zone. Behind him is a portion of the ruins that the quakes massive and deadly landslides left behind. And yet in the earthquake in China, in the earthquake in his own life, and those in others lives, Steven believes that Beauty Will Rise.

▼▲
I'm the author/artist and I want to review Beauty Will Rise [Music Download].
Back