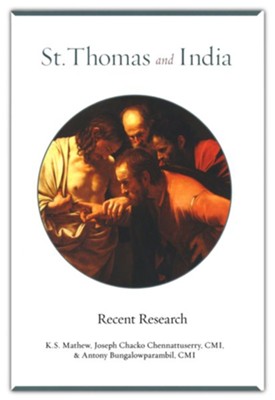 In St. Thomas and India, renowned scholars trace the historical, religious, and cultural connections that link India’s Syrian Christian community with St. Thomas the Apostle. They use modern historiographical methods that seek to corroborate the ancient tradition that tells of St. Thomas’s missionary journey to India in the middle of the first century, in which he established seven churches in some of the major commercial centers of Malabar. From these first churches, Christianity spread throughout the region.

St. Thomas in India also examines the legacy of ancient Christianity on the Syrian community in India today, as well as exploring the various cultural and religious connections between the Syrian church in Indian and other ancient churches in the east.

▼▲
I'm the author/artist and I want to review St. Thomas and India: Recent Research.
Back
×