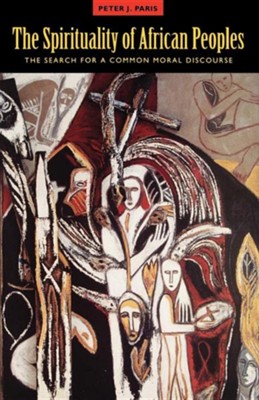 ▼▲
Current interest in Afrocentricity is but one moment in the longstanding post-colonial search by African peoples, both on the continent and in the diaspora., for cultural beacons. Pre-eminent black social ethicist Peter Paris here sharpens and focuses that quest on African "spirituality"--that is, the religious and moral values embodied in African experience and pervading traditional African religious worldviews. From extensive comparative research and personal travel, Paris shows how such values were retained and modified in the diaspora, most notably in African American religious and moral thought and its practice. Traditional understandings of God, ancestral spirits, tribal community, family belonging, reciprocity, personal destiny, and agency have not only survived great cultural upheavals but remarkably even been enriched and enlivened. Paris' pan-African focus, careful scholarship, and his eye for ultimate values in varying cultural milieus combine here to model comparative cultural analysis and to clarify cultural foundations of black ethical life.

▼▲
I'm the author/artist and I want to review Spirituality of African Peoples.
Back
×